It has been an eventful couple of days! We ate in Samburu National Park here in Kenya. First there were five cheetah seen on the most game drive!

Back at camp we were constantly raided by baboon troupes. The tour guide had to wrestle a box from one big baboon that had our prepared dinner in it. They came back this morning on force and launched a well coordinated attack. Several made a run through camp at high speed creating chaos. The big male went around to the backside, slipped under the truck and jumped out on the food prep table. We only lost a loaf of bread in the end. They made a couple more runs but by now we were ready and fended them off.

We got underway and I’m just a few minutes there was terrified screaming on the truck. A woman felt something crawling on her ear and put her hand up and a scorpion ran down her blouse which she promptly removed. The scorpion was described as black and yellow with a little red. A search was begun and the deadly fellow seen once but disappears. We all got off and a complete search was conducted but we NEVER saw it again.

That was all in the last 18 hours! 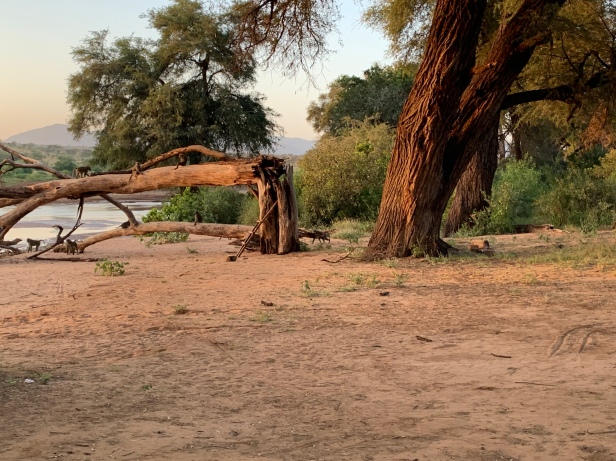 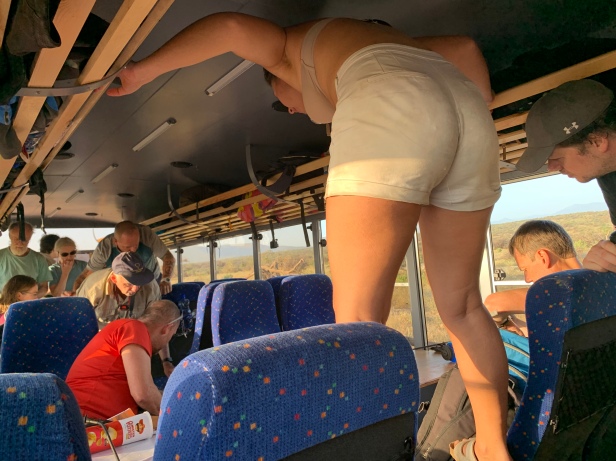