I took a long day trip from Addis Ababa out through the countryside to the Blue Nile Gorge. I hired a guide and car for the day.

The trip was a long one across paved but very badly broken roads. We went through a number of villages along the way. Today was a religious holiday and throngs of people were out along the way. Commerce is conducted right alongside the road. So in the villages people are walking in the road or crossing it. Add to that road traffic the thousands of goats, donkey carts, massive trucks, horses, cattle, dogs, chickens, vultures, motorcycles, broken down trucks, tut-tuts, and buses, thousands of people, and you have some idea of the context of this trip. This was only a day trip.

Our first stop was a famous Ethiopian Orthodox Monastery. It sits on a high escarpment above the valley. This is a Christian country. They have stories all the way back to King Solomon and their Queen Sheba. Access was up a narrow mountain road. As it was market day it was crowded with people, buses, and donkeys. As we neared the monastery the road was solidly packed with pilgrims. Cars just drove through the throng, honking all the way.

The monastery had a simple museum about its history, tied to Emperor Haile Selassie, the Italians, communists and a terrible massacre. The Church has beautiful stained glass windows that follow these same warm historical themes.

Next stop was the German Ethiopian Eco Park. It sits on the top of cliffs above the valley with amazing views. It is famous for its views and a large pack of baboons. We had lunch at a simple but very good restaurant and relaxed after a long rugged hike down to see the Portuguese Bridge. Somehow in this remote place they built a concrete bridge across an area with a waterfall. But the baboons were missing and the stream dried up so I was a little disappointed.

On the way home we drive though a very crowded area and saw a donkey get hit by a speeding car. It was thrashing about in the road terribly injured. The driver sped away. Later in one crowded area going uphill the car died. We got out to see what it was. A large crowd quickly gathered around, perhaps because of me. We finally found the problem was caused by a fuse that had been jarred loose from all of the road pounding us. Later we saw a goat that had been killed on the road too. 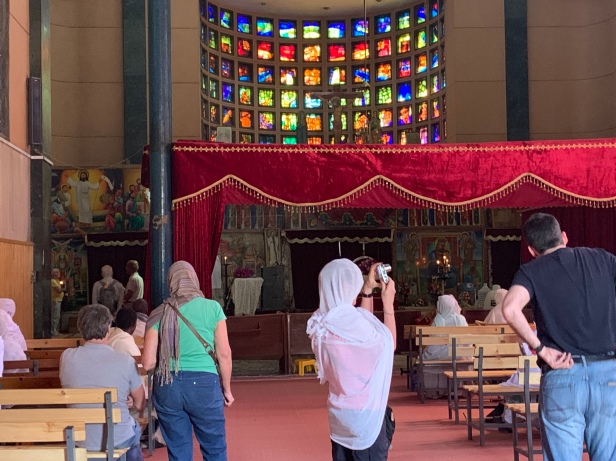 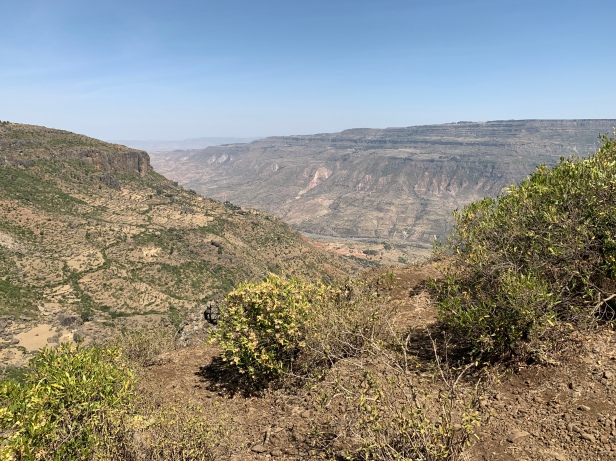 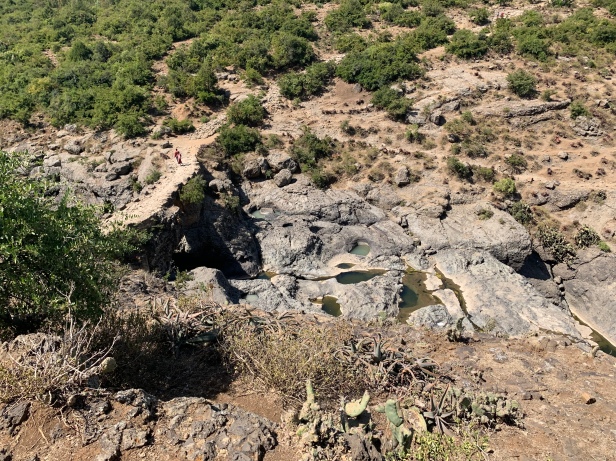 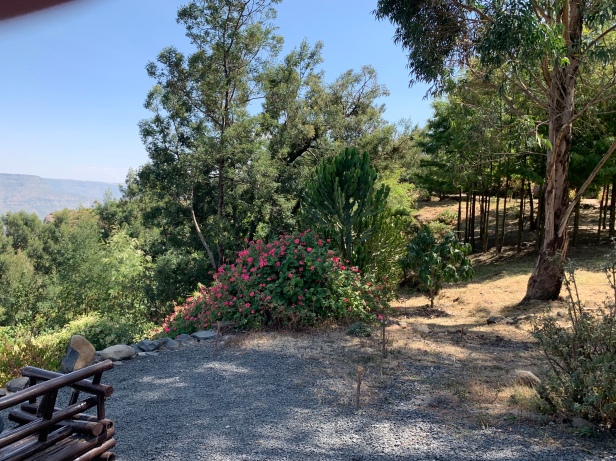 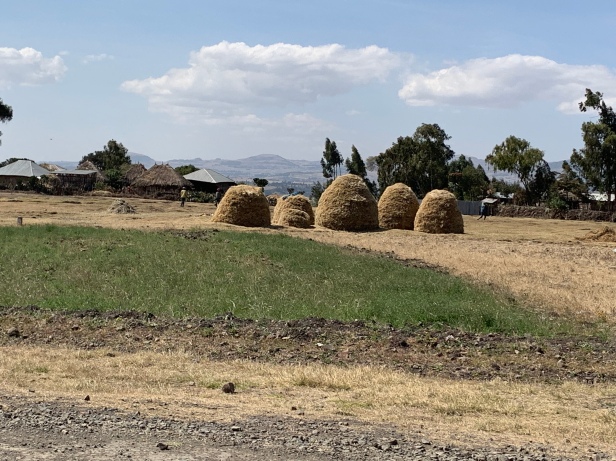